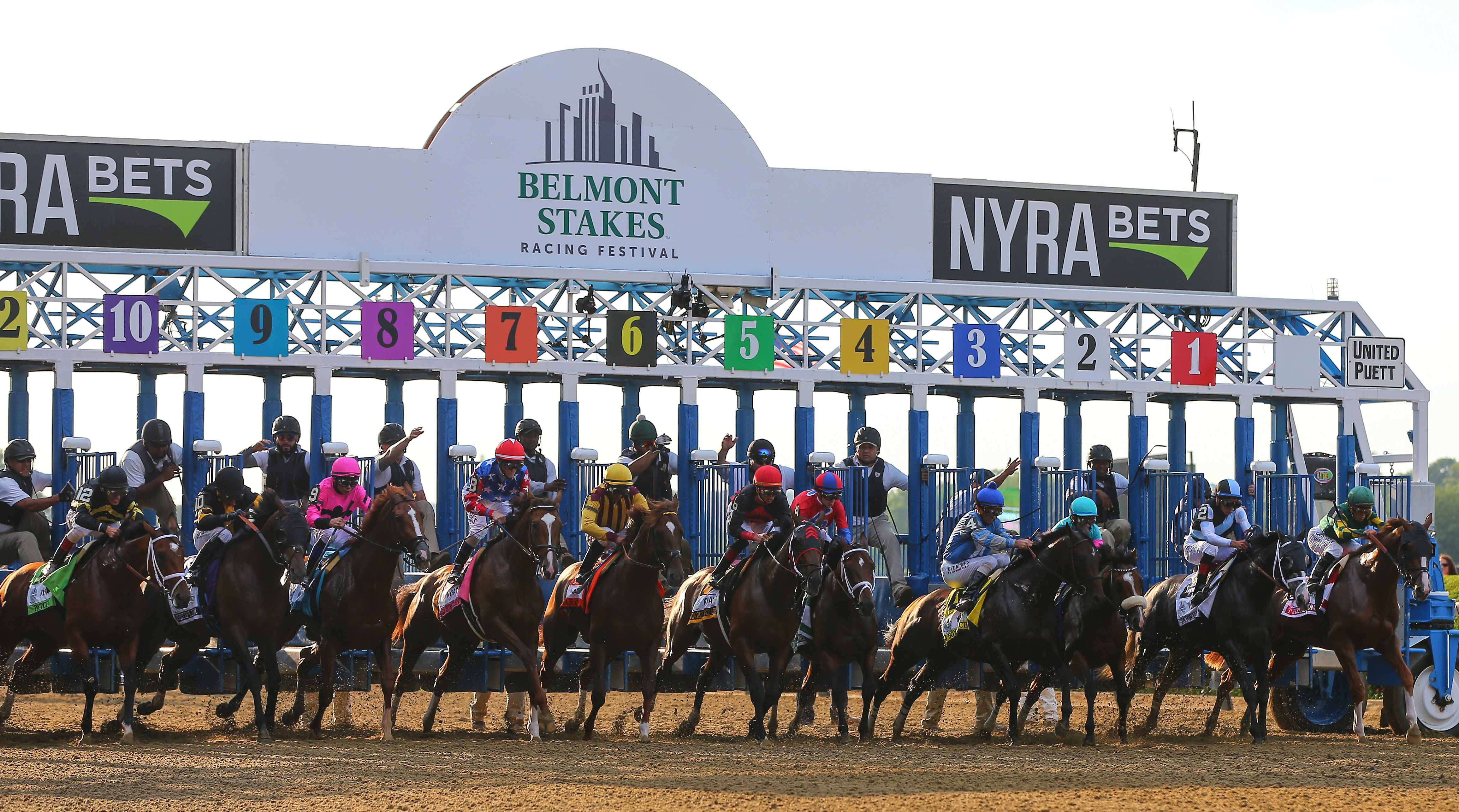 The Belmont Stakes (also known as ‘The Test of the Champion’) is the oldest of the three races that make up the US Thoroughbred Triple Crown – having inaugurated in 1867.

The race is held at Belmont Park in Elmont, New York and takes place on the second week of June annually.

The Belmont Stakes takes place at Belmont Park racecourse in New York and is raced over a mile and a half (12 furlongs). The Grade 1 flat race allows entries for thoroughbred horses aged three years old and up and is run left handed on the dirt.

The ‘Third Jewel of the Triple Crown’ is the final race within the US Thoroughbred Triple Crown and if there is a possibility of a Triple Crown winner (a horse having won both the Kentucky Derby and the Preakness Stakes) it can often attract huge international viewing figures. The current prize pot for the Belmont Stakes stands at $1.5 million, $800,000 of which goes to the winning horse and connections whilst the record spectator attendance at the Belmont Park racecourse for the race is over 120,000 – achieved in 2004.

History of the Belmont Stakes

The first Belmont Stakes race was held at the Jerome Park racecourse in the Bronx in 1867 and continued to be run at numerous racecourses throughout the New York area throughout the rest of the decade. The race’s name originates from August Belmont – the man responsible for financing the very first race in 1867. In 1905, the Belmont Park racecourse was built in the Elmont area of New York and with the exception of 1963-7 where it was held at the Aqueduct Racecourse (also in New York) Belmont Park has housed the race ever since. The intrigue around the race has grown throughout the century, especially when there are ‘Triple Crowns’ on the line with only 12 horses having achieved this feat in the races’ 150 year history.

Traditions of the Belmont Stakes

Much like the other races in the Triple Crown, the Belmont Stakes is synonymous with a flower and it is the white carnation – with the winning horse being draped in a blanket made of white carnations.

The Belmont Stakes is often referred to as the ‘Test of the Champion’ due to the longer racecourse distance (1 and a half miles) meaning it can often be an attritional battle on the dirt.

The race is often the most watched of the Triple Crown races, with rookie and avid horse racing enthusiasts alike eager to see if the Triple Crown can be achieved at the Belmont. The 2004 Belmont Stakes saw a record 21.9 million TV viewers tune in to watch the race.

Record Time
2:24 – Secretariat (1973)
As well as holding the longest margin of victory (31 lengths), Secretariat holds the course record across all of the Triple Crown races.

The thoroughbred racing farm was founded by the Governor of Maryland, Samuel Ogle and has had winners at all three of the Triple Crown races.