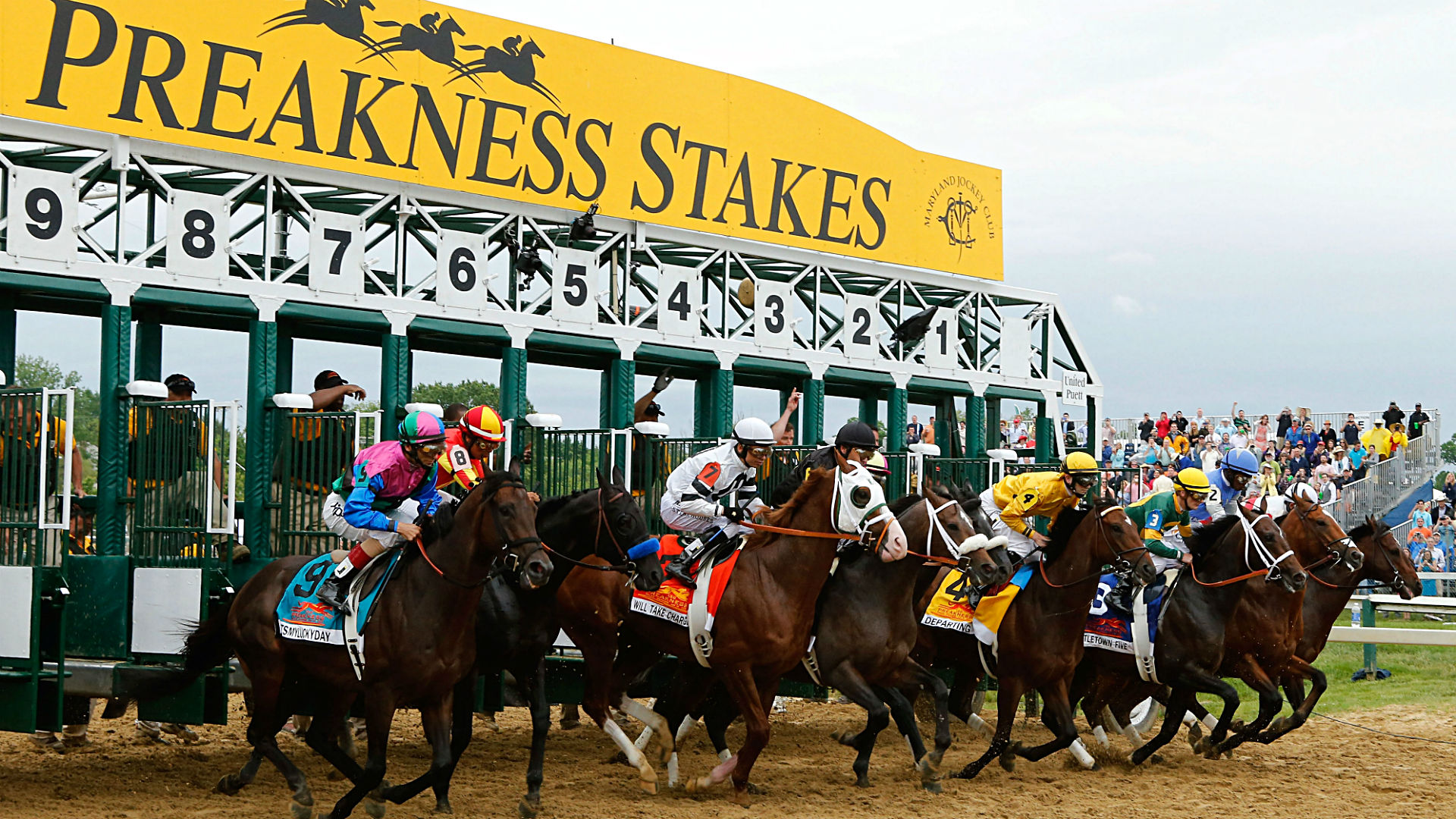 The Preakness Stakes – dubbed as ‘Middle Jewel of the Triple Crown – has been a pivotal race in the US and world horse racing calendar since 1873.
The race is held at the Pimlico Racecourse in Baltimore, Maryland and takes place annually in May.

The Preakness Stakes takes place at the Pimlico Racecourse in Baltimore, Maryland and over 1 and 3/16ths of a mile (9.5 furlongs). The flat race allows entries for thoroughbred horses aged three years old and up and is run left handed.

The ‘People’s Race’ is the second race within the Triple Crown, meaning the speculation and intrigue surrounding the Kentucky Derby winner (two weeks previously) is often at fever pitch. The current prize pot for the Preakness Stakes stands at $1.5 million and the field is limited to 14 horses. 2017 saw a peak attendance at the Pimlico Racecourse with over 140,000 spectators in attendance.

History of the Preakness Stakes

The inaugural Pimlico Spring Race Meeting took place in 1873 and the then Maryland governor Oden Bowie named the race the Preakness Stakes in homage to the Colt ‘Preakness’ who won the Dinner Party Stakes on the day the Pimlico Racecourse opened. During the end of the 1800’s and early 1900’s the race was troubled with financial insecurities and was held at different race courses around America before returning to Pimlico in 1909. The race evolved into the ‘Second Jewel of the Triple Crown’ through the 1930’s and has become one of the most reputable races in the US Horse Racing Calendar.

Traditions of the Preakness Stakes

The ‘Run for the Black-Eyed Susans’ is a name given to the Preakness Stakes in reference to the Maryland State flower being given to the winner. Problematically, the ‘Black-Eyed Susan’ is not in bloom in May, meaning winners of the current race are draped in Viking Poms (a member of the chrysanthemum family).

One the horses are called to post, the audience are invited to sing ‘Maryland, My Maryland’ making the start of the race one of the most ceremonious in world horse racing.

The infield at the Preakness Stakes is notorious for its party atmosphere, with fans from all over America flocking to be a part of the action. Multiple measures have been put in place by the Pimlico Racecourse in recent years to ensure spectator safety along with maintaining high attendances.

Secretariat is widely regarded as one of the greatest horses of all time, and the Triple Crown winner in 1973 still possesses the course record at Pimlico.

Bob Baffert has enjoyed 2 decades of winners at the Preakness Stakes with his most recent triumph coming with Justify in 2018 – who went on to clinch the Triple Crown.

The thoroughbred racing farm was created by William Monroe Wright and is still in operation in Lexington, Kentucky today – last winning with Oxbow in 2013.